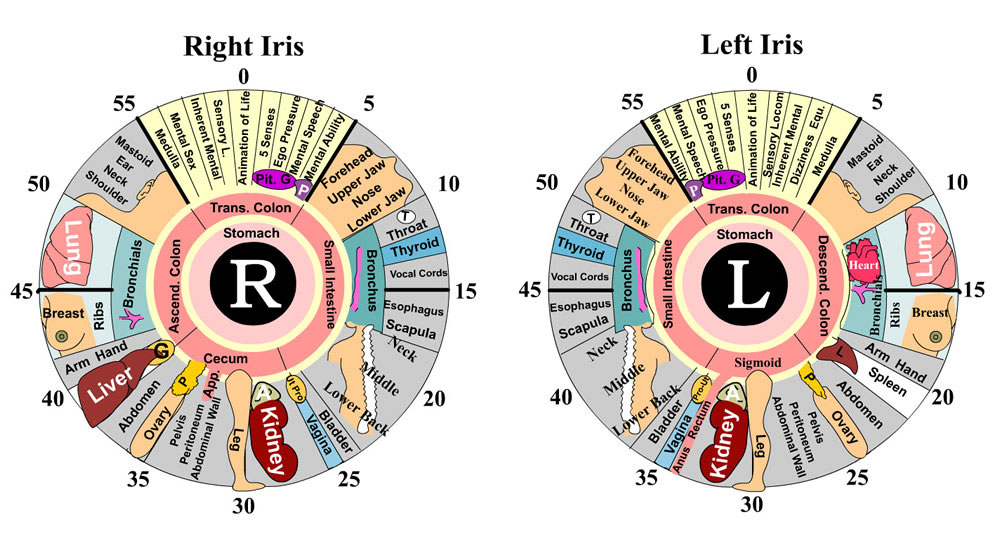 Iridology is an ancient science that goes back to Hippocrates. In more recent times it has inspired medical research in Russia and other countries in Europe.

A medical doctor by the name of Ignatz von Peczely (1826-1907) from Egernar, near Budapest in Hungary, is considered to be the father of Iridology who became very interested in establishing connections between parts of the iris and particular diseases.

While studying in the Viennese University and working in the surgery hospital, Peczely started to investigate the patient’s iris in order to determine information about the patient’s health. He concluded that each part of the body as well as each organ corresponds to a specific spot on the iris.

As a result, the first iris chart was developed making him the founder of Modern Iridology. In 1880 Peczely published a book describing principles of diagnostics using the iris. The main attention of his work was the location and form of iridological signs.

Later on, Peczely, published a manual on iris diagnostics mentioning that eyes are not only the mirror of the soul but of the body as well. His work was met by the silence of contemporary medical science.

Another important contribution to Iridology was made by the Swedish pastor N. Liljequist (1851–1936). ‘A man can lie but his eyes never lie’ was his answer to those who were interested in the reasons for his interest in Iridology. He developed a more detailed Iridology Chart, working independently of Peczely, that was far more reliable than Peczely’s.

What is the accuracy of Iris analysis?

The accuracy and reliability of iris signs as reflex indications of tissue pathology in the body have been confirmed in many thousands of instances by laboratory tests, X-rays, and other commonly accepted diagnostic ways.

According to research findings by the Korean Government, the accuracy of the Iris Diagnosis in relation to identifying particular diseases is the following:

The science of Iridology is currently practiced as a healing and preventative health care modality in many countries throughout the world.

An Iridologist will look at patterns and colour of the iris to assess the client’s health and potential health issues.

I evaluate individual needs and I use the principles of naturopathy and the science of nutrition to develop a personal plan for each client in order to improve his or her health.

The metabolic typing diet test is based on the assumption that metabolism, which is a term that is used to describe all chemical reactions involved in maintaining the living state of the cells and is unique for everyone, thanks largely to the genes we have inherited from our ancestors.

A nutrition consultation is a session during which the practitioner takes the time to listen carefully and understand what your presenting health problems and symptoms are. It includes an exploration of one’s health problems and the creation of a plan based on individual nutritional needs.